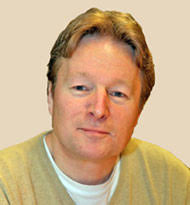 Most Ridiculous Quotes About Women: 2011 Edition 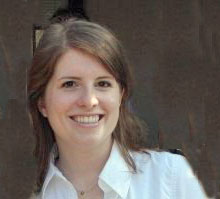 With beliefs like these floating around, we have to remind ourselves that it’s 2011.

It’s hard to believe that this many years after Stieg Larsson ended sexism it’s still possible for public figures to issue dismissive, crude, and derogatory statements about women, but it would appear not everyone has gotten to Girl With a Dragon Tattoo in their book club yet. Until that day comes, here are the worst, most insulting, and simply bizarre quotes about women we heard this year outside of a YouTube comment thread.

started the year out strong by claiming that “women writers are different, they are quite different. I read a piece of writing and within a paragraph or two I know whether it is by a woman or not. I think [it is] unequal to me…My publisher, who was so good as a taster and editor, when she became a writer, lo and behold, it was all this feminine tosh. I don’t mean this in any unkind way.” Sorry, ladies – he’s taken.

9. Referring the concern of some evangelical voters that Republican candidate/performance artist

had usurped her husband’s biblically-mandated authority by running for president, Iowan pastor Brad Sherman had this to say: “She’s in a proper relationship with her husband spiritually. That’s a key point. And she’s asking people for permission to lead the country. That’s not usurping at all.” There’s no word yet on whether or not Michele has a signed permission slip or simply a verbal agreement from Mr. Bachmann, but that’s really a matter for the courts.

: “I think she’s confused about her gender – all these big, baggy, menswear tailored pantsuits…I have a great respect for her intellect and her tenacity and for what she does for our country in her governmental role. I just wish she could send a stronger message about American fashion.”

defended Health and Human Services Secretary Kathleen Sebelius’ decision to restrict sales of Plan B to girls under the age of 18 with this well-researched, grounded-in-scientific-evidence statement: “I will say this, as the father of two young daughters: I think it is important for us to make sure that, you know, we apply some common sense to various rules when it comes to over-the-counter medicine.” Glass-half-empty point of view, President Obama thinks that young women can’t be trusted to make their own reproductive decisions (never mind that condoms are available without a prescription). Glass-half-full point of view – Barack Obama wants to be our dad!

aspoke to CNN about why female protestors arrested during anti-Mubarak demonstrations were strip-searched and forced to submit to virginity tests. “The girls who were detained were not like your daughter or mine. These were girls who had camped out in tents with male protesters in Tahrir Square, and we found in the tents Molotov cocktails and [drugs]…We didn’t want them to say we had sexually assaulted or raped them, so we wanted to prove that they weren’t virgins in the first place. None of them were.”

5. At a conference on atheism in Dublin earlier this year,

registeed discomfort at being propositioned by a stranger at 4 a.m. in an elevator after delivering her speech. Richard Dawkins’ response: “Stop whining, will you. Yes, yes, I know you had your genitals mutilated with a razor blade…For goodness sake grow up, or at least grow a thicker skin.” A thicker skin would probably help protect against genital discomfort, so the advice was doubly helpful.

4. “So there’s a deeper bond between men and women than St. Valentine would have suspected, and now we know there’s a better gift for that day than chocolates.”

, in an op-ed piece for the American College of Surgeons referring to a study that suggested semen had a possible anti-depressive effect. This Valentine’s day, say it with semen.

3. “The reality is that women are treated differently by society for exactly the same reason that children and the mentally handicapped are treated differently. It’s just easier this way for everyone. You don’t argue with a four-year old about why he shouldn’t eat candy for dinner. You don’t punch a mentally handicapped guy even if he punches you first. And you don’t argue when a women tells you she’s only making 80 cents to your dollar. It’s the path of least resistance. You save your energy for more important battles.”

(you know, that guy who draws the cartoons about working in an office your HR manager has tacked up all over the door).

, on the merits of hiring a man versus a woman, says “Of course I’d pick the man. The woman would most likely get pregnant and leave.” I don’t know about you, but I wouldn’t let even imminent childbirth tear me from his side.

, in response to allegations of sexual harassment and misconduct: “When asked if they would like to have sex with me, 30% of women said, ‘Yes’, while the other 70% replied, ‘What, again?’” Truly, he was the Prime Minister who got away.